This is how Trailus got the name and idea for The Snibston…..

In the Midlands most people used to work at the mines or know someone who did. It supported many smaller industries. As a child my dad use to work at Rawdon, he was there for the largest part of his working life. I had the opportunity to go down onto the face where they actually mined the coal. We turned our lamps off at one point and I have never known darkness to be so dark. There’s no moon or street lights, no glimmer of distant village lights reflecting off the clouds, nothing – just blackness and you can’t even see your hand in front of your face. Then there’s the cramped working conditions – you can’t stand up where we were – you could only sit upright on your backside. But to get anywhere you have to crawl on hand and knees and I can tell you after that visit I had muscles aching I didn’t know I had! And this was just crawling along the face NOT working it. If this is not enough, you have hydraulic pit props you have to clamber over every few yards…..

The picture above is of the pit head wheels at the mine workings of Snibston Colliery. On 16th December 1983, the last coal from Snibston Colliery was brought to the surface ending 150 years  of mining on the site. It was later opened to the public as part of The Snibston Discovery Park but sadly the Park was closed due to Council spending cuts.

The Century Theatre is still open for business on the same site as The Snibston Discovery Park. www.centurytheatre.co.uk

The Snibston Discovery Park was not the only place of interest in this area. You can visit Swannington Inclined Plane, Moira Furnace not to mention all the drift and shaft mines with The Battlefield Line Railway in the village of Shackestone.

It may have been the end of another Colliery on the 16th December 1983 but 29 years later on 17th December 2012 Trailus was launched.

As you can see to the right is the actual 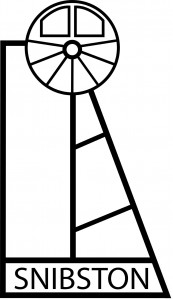 Snibston Logo that we use on the trailers. It was our choice to use this for several reasons. The main one being is our history is important. An old history book I used to own said this in the cover:

A lot of men and women and even children have given many years working in these mines, a lot have given their lives. So if we can do just a little to remind people of what made this nation great then we will carry on doing this.

The rolling hills on the Trailus logo represent the green and pleasant land of England. It is also in keeping with our green credentials on conserving and protecting our land and environment where possible.

Wat u Want is offering a hugh assortment of items tools 18v 110v 240v Bosch Makita Dewalt new, used and for parts only.

Trailus offering you Wat U want in all kinds of tools machinary new used and for parts. Makita DeWalt Bosch Hilti JCB. Also view Trailus on Ebay. We have many tools and machines avaliable that are not listed so please call us with your requirements or with Wat U want.

How to find us